"During the crusades all were religious mad, and now all are mad for want of it." —J. G. Stedman

The beginning of the Crusades can be found in the defeat of the Byzantines at the Battle of Manzikert in 1071, which cost them most of Asia Minor. The Byzantines lost the battle because the Turkish Sultan, on the edge of defeat, bought Byzantine's mercenaries, leading to a crushing Turkish victory, and causing the Byzantines to ask the Pope for help to recover the territory. As early as 1074, Pope Gregory VII entertained plans to launch a military expedition to help, but nothing came of it. (source)

In the first Crusade in 1096, two armies of beggars set out alongside the knights, one army from southern France and the other from Germany, regions that had been suffering from famine. When travelling towards Palestine, these armies plundered many cities on the Rhine and in southern Germany, killing Jews and in some cases Christians. They never reached the Holy Land, being defeated in Turkey; many were slaughtered and the rest sold into slavery. (source)

In 1113, Adelaide, who at the time was regent of Sicily, married King Baldwin of Jerusalem. This marriage was very advantageous to Baldwin, who was able to use Adelaide's dowry to pay off the crusader knights of the city for its defense. Four years later, by which time all of Adelaide's money had been spent, Baldwin became sick. He then announced that he blamed his sickness on the fact that his marriage was bigamous. Unknown to Adelaide, Baldwin's wife Arda had been in Jerusalem the last four years, and Baldwin had placed her in a nunnery just before marrying Adelaide. Baldwin was granted an annulment and Adelaide went back to Sicily impoverished. (source)

One of the most unusual military maneuvers ever was performed in 1191, during the third Crusade, when Richard the Lion-Hearted captured the city of Acre. The inhabitants were barricaded inside, so King Richard had his soldiers throw 100 beehives over the walls. The people in the fortress surrendered immediately. (source)

Around 120,000 people were attracted to the First Crusade. (source)

In 1099, after capturing the city of Jerusalem, the Crusaders massacred around 70,000 Jews and Muslims in the city.

Jerusalem, after having been in Crusader hands for nearly 100 years, was lost shortly after a major victory by Saladin over the Crusader army at the Battle of the Horns of Hattin on July 4th, 1187. One of the main causes of the Crusaders' defeat is that the Crusader army set off from Acre towards the Sea of Galilee, through the desert without bringing adequate supplies of water. The horses became lethargic and collapsed, and the men undisciplined. Some surrendered to the Saracens in exchange for water. During the battle, the foot soldiers broke ranks, attempting to reach a well, where they were felled by Saracen arrows. (source)

Nowadays politically neutral doctors such as those of the Red Cross are well-known. The first politically neutral doctors appeared during the third Crusade. After Saladin's victory in 1187, he stipulated that the doctors on the battlefield would come to the aid of all wounded, regardless of whether they were Muslim or Christian. He also organised doctors to visit the camps of prisoners and allowed foreign doctors, such as Richard the Lion-Hearted's doctor, Ranulphe Besace, to visit prisoners. (source) 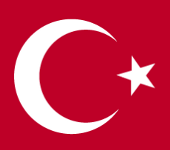 During the Crusades, the symbol of the star and crescent moon was commonly worn—by Christian soldiers. The Star and Crescent originally symbolized the city of Constantinople (now Istanbul), and was only used as a Muslim symbol after the Turks captured the city in 1453. (source)

The Crusader kingdoms imposed a lighter tax burden on their Muslim subjects than did many Muslim lands. (source)

The Crusaders were able to reconquer Acre, a coastal town eighty miles north of Jerusalem, in July 1191, only after 100,000 on both sides had been killed. (source)

King Richard the Lion-Hearted of England spent only six months of his ten-year reign in England, being there only briefly in 1189 and 1194. Much of his reign was spent either on the Third Crusade or in France. (source)

In 1209, in the bloody Crusade against the Albigenses, a French army took the town of Beziers, near the Mediterranean coast. The town was put to the sack, but the question arose as to how to tell which of the town's inhabitants were heretics and which were good Christians. Someone, perhaps Simon IV de Montfort, or perhaps a legate of Pope Innocent III, proposed an easy solution. "Kill them all," he said, "for the Lord will know his own." And so several tens of thousands of men, women, and children were killed. (source)

At the Battle of Damascus, during the Crusades, the wife of one of the Arab archers who was killed in battle picked up his bow and immediately joined the conflict. She hit the Crusaders' standard-bearer with one arrow and the commander with another, damaging morale and contributing to the Arab victory.

While oranges appear frequently in major Renaissance paintings, they were not eaten at the Last Supper because they were not available. Returning Crusaders reported seeing oranges in the Holy Land, which may have influenced Titian, Botticelli, and other artists. However, these reports were from a time over 1,000 years after the Crucifixion. During the intervening time, citrous fruits had been introduced to the Mediterranean countries from China.

Honey was used as a synonym for anything pleasant ("land of milk and honey") in ancient and mediaeval times because it was about the only sweetener then available to the West. Sugar didn't reach Europe in quantity until the twelfth century, when returning Crusaders brought it with them from the East.

The Children's Crusade was neither a crusade nor made up primarily of children. It was an unsanctioned popular movement formed in 1212 by Nicholas of Cologne. Thousands of common people, including women and children, followed him to Genoa, where he arrived on August 25th. When the Mediterranean did not part for Nicholas as he had expected, many of his followers left. The rest marched to Rome, where Pope Innocent III praised the group's zeal but also released them from their "vows". Around the same time, Stephen, a 12-year-old boy from Cloyes in France, had seen a vision of Jesus, and went to Paris to deliver a message to the French king, gathering a large crowd of common people as he went. (source)

The leaders of the Christian and Muslim armies during the Third Crusade, Richard the Lion-Hearted, King of England and Saladin, Ayyubid Sultan, had a reputation for being chivalrous. For example, at the Battle of Arsuf, when Richard lost his horse, Saladin sent him two replacements.

During the Third Crusade, Holy Roman Emperor Frederick Barbarossa drowned while crossing the Saleph River in Turkey on horseback. (source) 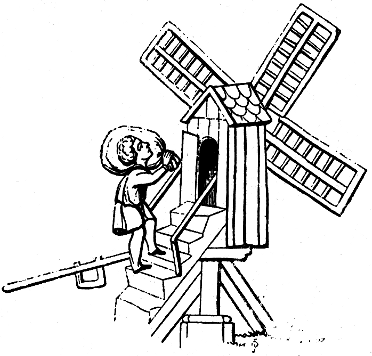 Until the twelfth century, when returning Crusaders brought knowledge of them, windmills were likely unknown in Europe. They thereafter became familiar landmarks in Holland, England, France, and Germany. The first windmill in England was built in 1191, when Dean Herbert decided to apply wind power to his landlocked farm. He used it successfully to grind corn until the local abbot had it destroyed.

Through the history of the Crusaders' Kingdom of Jerusalem, Muslim inhabitants outnumbered the Christian inhabitants.

A method of hardening steel swords in the Middle Ages was the damascene process of thrusting a superheated blade in the body of a slave and then into cold water. Crusaders discovered, to their dismay, that swords made of Damascus steel were more resilient and harder than those of European manufacture. Europeans did not discover the secret until 500 years after the Crusades, however, when it was discovered that thrusting a red-hot sword into a mass of animal skins soaking in water had a similar effect to the Damascus method. The nitrogen given off by the skins in the water produces a chemical reaction in the steel. (source)

The origin of the lemon tree is unknown. Crusaders discovered the trees in the holy land, but the trees are not from there originally.

The Fourth Crusade, which was launched by Pope Innocent III in 1202, ostensibly to liberate the Holy Sepulchre, instead became the most profitable business transaction in the history of Venice. Not only were the Venetians to receive 85,000 silver marks of Cologne (around $3 million in today's money) but also half of the spoils of all battles. The crusaders never made it anywhere near the holy land. First they conquered Dalmatia, which had recently rebelled against Venice. They then sacked Constantinople in 1204 and sailed away with the enormous riches of the city. (source)

There is an order of crusading knights still in existence. After the fall of the Crusader territories in the Holy Land, the Knights Hospitaller fled to Rhodes, from which the Turks evicted them in 1522. They went to Malta, where they took part in holy leagues and their mission to care for the poor and sick, including building a large hospital in Valetta. They were expelled in 1798 by Napoleon, and fled to Rome, where they became a government in exile. Known as the Knights of Malta, they still issue passports and are recognised as a sovereign state by some countries. (source)

The use of canes or walking sticks was at one time forbidden in Rome by Imperial edict, except to persons of patrician rank, thus making their use a privilege that came to be popular among the nobility. During the Middle Ages the use of canes as a status symbol died out, but was re-established by pilgrims and soldiers returning from the Holy Land during the Crusades. (source)

Thirteenth-century German crusaders fighting to conquer Livonia (modern-day Latvia) justified that crusade by claiming the land as Our Lady's dowry.

In the first half of the thirteenth century, there was a higher intensity of Crusading activity than at any other time. This period saw Crusades against Muslims in Egypt, Palestine, and Iberia, Orthodox Christians in Constantinople, heretics in France, Germany, and Hungary, non-Christian Baltic people, Mongols (although Crusader armies never met the Mongols in the field), and various enemies of the Pope. (source)

King Juan Carlos I of Spain holds the title "King of Jerusalem", a relic from the Crusades. (source)

Contrary to the common belief that Crusaders were mostly knights who were not in a position to inherit land (such as second, third, or younger sons) and so sought material gain, recent research has discovered the crusading knights were generally wealthy, landed men who nonetheless gave up everything to go on a Crusade. Most likely, they actually did see the Crusades as a means of attaining spiritual wealth, rather than material wealth.